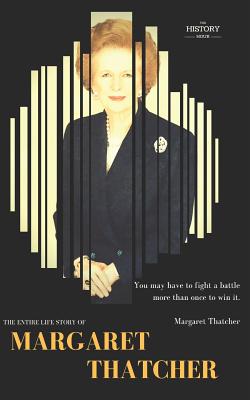 By The History Hour

This is book number 17 in the Great Biographies series.

Margaret Hilda Thatcher, Baroness Thatcher was a British stateswoman who served as Prime Minister of the United Kingdom and Leader of the Conservative Party. She was the longest-serving British prime minister of the 20th century and the first woman to hold that office. A Soviet journalist dubbed her the Iron Lady, a nickname that became associated with her uncompromising politics and leadership style.

Inside you'll read about

Thatcher introduced a series of economic policies intended to reverse high unemployment and Britain's struggles in the wake of the Winter of Discontent and an ongoing recession. Thatcher's popularity in her first years in office waned amid recession and increasing unemployment, until victory in the Falklands War and the recovering economy brought a resurgence of support, resulting in her decisive re-election. She survived an assassination attempt in the Brighton hotel bombing.