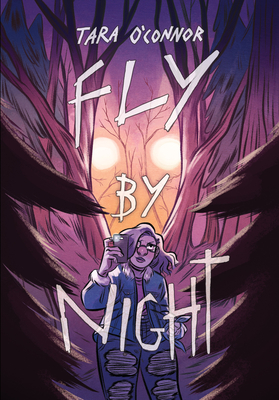 
Available in Warehouse. Wait for Email Confirmation for ETA
In this enviromental thriller graphic novel with a supernatural twist, Dee must find out what happened to her missing twin. An amazing mystery filled with strange creatures, high school drama, and family, this darkly illustrated book shows us that monsters are all around us.

There are monsters in the woods.

Something supernatural is lurking in the woods. While out searching for her missing sister and desperately trying to find any possible clues to her whereabouts, Dee discovers something . . . isn’t quite right . . . in the woods. Dee soon finds herself in the middle of a battle to save the pinelands, and she's finding more suspects, and more questions, than answers.

As time goes on, there is only one thing she knows for certain: there are monsters among us. But they aren’t who you should be afraid of . . .
Tara O'Connor is comic maker and illustrator currently residing in the Ireland. She was born in the wilderness of New Jersey and when she's not making comics or teaching comics, she's probably working on an illustration of some sort. She's been drawing since before she can remember and has been drawing comics since she was about fourteen. In 2010, she braved the comics world and self-published her first mini-comic, Puddles.
“Exploring environmental activism, grief, and changing family dynamics, this graphic novel will engage a wide range of readers.” –School Library Journal