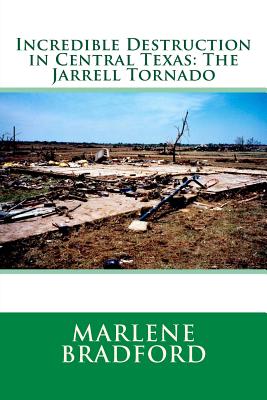 
Available in Warehouse. Wait for Email Confirmation for ETA
This book cannot be returned, cancelled, or exchanged. Please call for availability and pricing
On May 27, 1997, an F5 tornado ground its way through the Double Creek Subdivision in Jarrell, Texas, a community of about 400 people just north of Austin. The slow-moving twister left behind foundations scoured clean and twenty-seven fatalities. Especially heart-breaking was the number of children who were killed-14. Some in the severe weather community consider this tornado one of the fiercest ever to strike the United States. Stories usually have several characters or groups of characters. This one has six: the tornado itself (the weather), the first-responders and rescuers, the survivors, the victims and their families, those who wanted to help in the aftermath, and the community as a whole. All of their stories meld into one that exemplifies the best of the American spirit, the spirit of picking up the pieces and moving on but never forgetting.