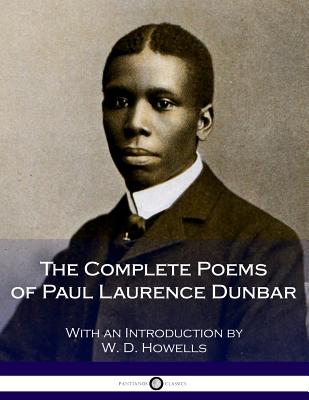 
This title is likely unavailable. Email or call for price and availability.
This collection contains the complete poetic works of Paul Laurence Dunbar, who was among the first African Americans to gain wide renown for literature in the United States.
A poet of unquestionable skill and ability, Paul Laurence Dunbar was the son of two former slaves. His father, who managed to escape slavery, was an early enlistee who fight for the Union army in the American Civil War - a fact which profoundly influenced his son's outlook upon the U.S. military and life as a citizen of the USA. Growing up during the Reconstruction, Dunbar wrote at a time when the nation was maturing economically and socially; America's urban populations, eager for homegrown culture, found much to like in Dunbar's lively and literate verses.
The poetry of Dunbar shows his flair for observation and superb knack for smooth-flowing yet profound words. Noticing immediately how he could swiftly create and sell poems to popular magazines, the young Dunbar turned down offers for educational support and instead devoted his time and effort to writing. Uniquely, Dunbar would write poets in regional dialects, incorporating slang of both white and black Americans.
In the popular press, Dunbar was praised for his keen ability of chronicling life and culture in the USA. The emotional qualities of joy, sadness, ambition and yearning are tempered by the author's keen sense of humor and irony. While many of his poems concerned the lives of black Americans, so too did many offer commentary on white Americans.
Paul Laurence Dunbar's life was tragically cut short when he contracted tuberculosis; at the time, the disease had no cure. As the illness took hold, Dunbar had toured his first successful musical and had begun to venture into prose fiction. His artistic flourishing cut short by the misfortune of his ailment, Dunbar perished at age thirty-three after returning home to see his mother a final time.