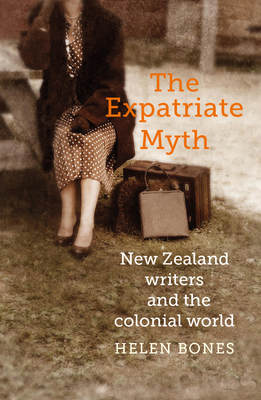 
This title is likely unavailable. Email or call for price and availability.
Many New Zealand writers in the late nineteenth and early twentieth century traveled extensively or lived overseas for a time. In The Expatriate Myth, Helen Bones presents a challenge to this conventional understanding that writers had to leave in order to find literary inspiration and publishing opportunities. Was it actually necessary for them to leave to find success? How prevalent was expatriatism among New Zealand writers? Did their experiences fit the usual tropes about expatriatism and exile? Were they fleeing an oppressive society lacking in literary opportunity? In the field of literary studies, scholars are often consumed with questions about ‘national’ literature and ‘what it means to be a New Zealander’. And yet many of New Zealand’s writers living overseas operated in a transnational way, taking advantage of colonial networks in a way that belies any notion of a single national allegiance. Most who left New Zealand continued to write about and interact with their homeland, and in many cases came back. In this fascinating and clear-sighted book, Helen Bones offers a fresh perspective on some hoary New Zealand literary chestnuts.
Helen Bones is a New Zealander living in Australia, where she teaches history and has a research position with the Digital Humanities Research Group at the University of Western Sydney. She has written a number of articles for literary and historical journals, and contributed two chapters to Treasures of the University of Canterbury Library, eds Chris Jones and Bronwyn Matthews (Canterbury University Press, 2011).