The Tale of the Living Vampyre (Paperback) 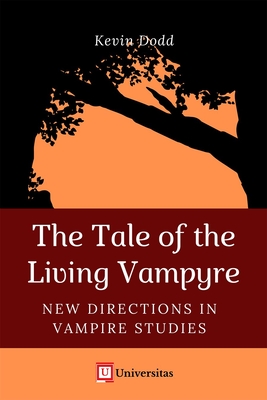 The Tale of the Living Vampyre (Paperback)

The nineteenth-century vampire has been inadequately studied until now, being usually investigated mainly as a precursor to twentieth- and twenty-first fictions. On the contrary, this book studies the vampire of the nineteenth century free of any reference to later developments, exploring instead other key topics, such as: the origins of the vampire in Icelandic and other medieval European texts; issues of gender and sex; and, because the vampire is almost always treated solely as egotistical, maniacal, and animalistic, any instances of sympathy and mercy shown by nineteenth-century vampires.

All this means that very little of the text deals explicitly with Dracula. Stoker's novel was published in 1897 so it had virtually no influence on nineteenth-century vampire narratives; rather, its impact has been on the twentieth- and twenty-first centuries. However, as vampires and bats were often conflated in the nineteenth century and before, one crucial chapter ("'Blood Suckers Most Cruel: ' The Vampire and the Bat in and before Dracula") looks at the bat and the monster together. Here, "vampire" is used to refer to the bat, in keeping with descriptions from the sixteenth to the nineteenth century. Stoker's monster was definitely not the first instance of the bat and the undead becoming as one. Yet Stoker's use of the contemporary views on large and menacing bats that can spy, sedate, hypnotize, and prey upon their victims, so as to create a powerful and intimidating weapon in a wide arsenal to be wielded by a relentless, foreign, imperial monster bent on conquest in the very heart of the British Empire is quite staggering.

The cultural roots of the fictional monster which became iconic in the last 125 years should nevertheless be analyzed with complete disregard for its more recent developments. Only in this way, as this book suggests, can we finally understand how, why, and where the myth of the vampire came into being.