Hitting the Crossbar: A Bad Boy and the Tomboy Romance (Paperback) 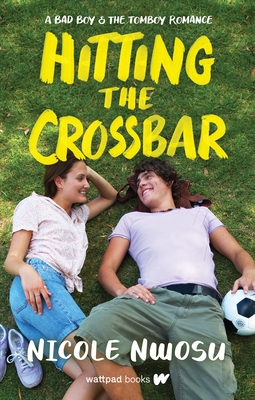 Hitting the Crossbar: A Bad Boy and the Tomboy Romance (Paperback)

The sequel to The Bad Boy And the Tomboy continues the love story of Macy Anderson and Sam Cahill as they face new challenges and new opportunities.

Macy Anderson and Sam Cahill are embarking on a new adventure, attending university on soccer scholarships while figuring out what comes next for them both.

Macy’s life has always been her group of friends—Jasmine, Andrew, Jon Ming, Austin, Brandon—but now they’re all split up. Macy’s worried that the world that she’s always known, that has helped her become the person she is now, is over, and she’s discovering that facing the adult world of college and dating and friendships growing apart is harder than she thought it would be.

Sam is also finding it hard to adjust to this new phase of life. There are the pressures of university as well as some secrets from his past that he wants to keep hidden from Macy, and that’s putting a strain on their relationship.

As Macy and Sam begin to question their decisions, they will have to decide if their relationship is worth fighting for or if it’s game over.

Nicole Nwosu grew up in Toronto, Canada, and first started posting her stories on Wattpad in 2014. Her most popular story The Bad Boy and the Tomboy has accumulated over a hundred million reads on the platform and won a 2015 “Cover-to-Cover” Watty Award. When she’s not writing, Nicole spends her time catching up on binge-worthy TV shows while balancing her studies at Western University.