Politics and the English Language: By George Orwell (Paperback) 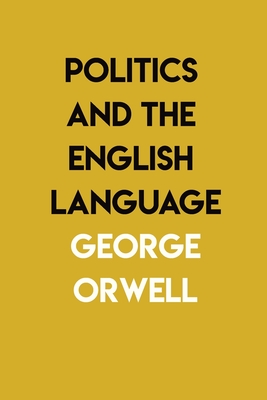 Politics and the English Language: By George Orwell (Paperback)

"Politics and the English Language" (1946) is an essay by George Orwell that criticised the "ugly and inaccurate" written English of his time and examines the connection between political orthodoxies and the debasement of language.

The essay focuses on political language, which, according to Orwell, "is designed to make lies sound truthful and murder respectable, and to give an appearance of solidity to pure wind". Orwell believed that the language used was necessarily vague or meaningless because it was intended to hide the truth rather than express it. This unclear prose was a "contagion" which had spread to those who did not intend to hide the truth, and it concealed a writer's thoughts from himself and others.Orwell encourages concreteness and clarity instead of vagueness, and individuality over political conformity.