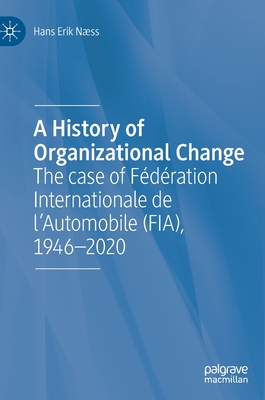 Chapter 1: Introduction - the FIA, and the analytical framework

Less known than the FIFA and the IOC, the FIA nevertheless share with them several characteristics as an organisation. To provide the reader with an introduction to the FIA and its reach, and to this project as a whole, chapter one will address the current state of the FIA and why a book like this is a contribution to this field. Existing literature about the FIA and its place in the landscape of ISAs will be reviewed, and the research framework, data and methods, which this book builds upon, will be unfolded. First, I will provide a backdrop of the formation of the FIA in 1945 with reference to the role of the car industry, the development of championships (Grand Prix), and the commercialisation of motorsport. Notable episodes include the formation of Commission Sportive Internationale (CSI) in 1922, and the establishment of the European Drivers' Championship in 1931. Second, I will introduce the theoretical and methodological framework of this book. To analyse the FIA's development, historical sociology is used as point of departure. Skocpol (1984, p. 1) argues that researchers this field have four characteristics: first, they ask questions about social structures and processes understood to be concretely situated in time and space. Second, they address processes over time, and take temporal sequences seriously in accounting for outcomes. Third, these analyses attend to the interplay of meaningful actions and structural contexts, and finally, this kind of studies highlight the particular and varying features of specific kinds of social structures and patterns of change. To analyse these processes, and the relation between structure and agency, it is relevant to continue with how organisational practices and structures are often either reflections of, or responses to, rules, beliefs and conventions built into the wider society (Powell & Colyvas, 2007, p. 975). For ISAs, this applies with regard to 'elaboration of fields in terms of power, status, and history of institutions and the effects on organizations' (Washington & Patterson, 2011, p. 9). While early research within this framework focused on three mechanisms of organisational change through institutional isomorphism - coercive, normative and mimetic mechanisms (DiMaggio & Powell, 1983) - and thus rewarding conformity (at least within an organisational field), recent theoretical ventures draw attention to how organisations have changed in more diverse ways - acknowledging both homogenisation and divergence - because of external pressure and internal entrepreneurship (Beckert, 2010). A key analytical task in that respect is to investigate how 'stakeholder salience' is related to the cumulative number of stakeholder attributes - power, legitimacy and urgency - perceived by managers to be present (Mitchell, Agle, & Wood, 1997, p. 873; Neville, Bell & Whitwell, 2011) and to identify the relative importance of stakeholders as the FIA grows as an organisation. These stakeholder relations are shaping as well as are being shaped by institutional logics, - that is, 'a set of material practices and symbolic constructions - which constitutes its organizing principles and which is available to organizations and individuals to elaborate' (Friedland & Alford, 1991, p. 248). However, with increasing engagement beyond sports a plurality of such logics has emerged among ISAs, such as the FIA, creating hybrid organisations that are not merely non-profit or profit-based, neither neutral nor political, and transparent and secluded at the same time. Drawing upon Skelcher and Smith's (2015) theorisation of hybridity and institutional logics, the manifestations of the latter within the FIA, in different eras, thus has to approached in an exploratory way. Most notably, this approach replaces rational choice behaviour affiliated with new.