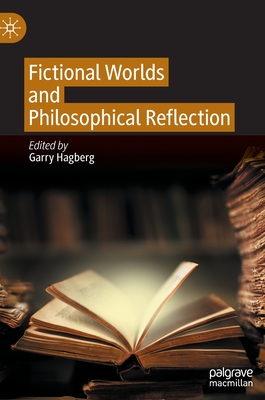 This edited collection investigates the kinds of philosophical reflection we can undertake in the imaginative worlds of literature. Opening with a look into the relations between philosophical thought and literary interpretation, the volume proceeds through absorbing discussions of the ways we can see life through the lens of literature, the relations between philosophical saying and literary showing, and some ways we can see the literary past philosophically and assess its significance for the present. Taken as a whole, the volume shows how imagined contexts can be a source of knowledge, a source of conceptual clarification, and a source of insight and understanding. And because philosophical thinking is undertaken, after all, in words, a heightened sensitivity to the precise employments of our words - particularly philosophically central words such as truth, reality, perception, knowledge, selfhood, illusion, understanding, falsehood - can bring a clarity and a refreshed sense of the life that our words take on in fully-described contexts of usage. And in these imagined contexts we can also see more acutely and deeply into the meaning of words about words - metaphor and figurative tropes, verbal coherence, intelligibility, implication, sense, and indeed the word "meaning" itself. Moving from a philosophical issue into a literary world in which the central concepts of that issue are in play can thus enrich our comprehension of those concepts and, in the strongest cases, substantively change the way we see them. With a combination of conceptual acuity and literary sensitivity, this volume maps out some of the territory that philosophical reflection and literary engagement share.

Garry L. Hagberg is the James H. Ottaway Professor of Philosophy and Aesthetics at Bard College, USA. Author of numerous books and articles at the intersection of the philosophy of the arts and the philosophy of language and Editor of the journal Philosophy and Literature, his most recent books are Describing Ourselves: Wittgenstein and Autobiographical Consciousness (2008) and Living in Words: Literature, Autobiographical Language, and the Composition of Selfhood (forthcoming). Previous edited volumes include Wittgenstein on Aesthetic Understanding (2017), Stanley Cavell on Aesthetic Understanding (2018), Narrative and Self-Understanding (2019), and Fictional Worlds and the Moral Imagination (2020).