The Grammar of Genes: How the Genetic Code Resembles the Linguistic Code (Paperback) 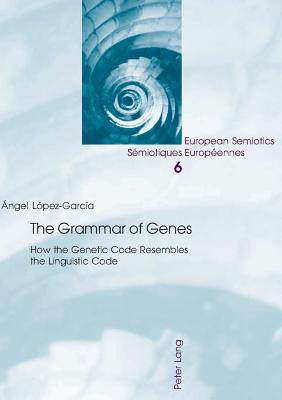 The Grammar of Genes: How the Genetic Code Resembles the Linguistic Code (Paperback)

This is book number 6 in the European Semiotics: Language series.

Mankind is the only speaking species on earth. Hence language is supposed to have a genetic basis, no matter whether it relies on general intelligence, or on a linguistic module. This study proposes that universal formal properties of the linguistic code emerged from the genetic code through duplication. The proportion of segmental duplication is clearly higher in the human genome than in any other species, and duplication took place 6 million years ago when humans separated from the other hominid branches. The evolution of language is therefore supposed to be a gradual process with a break. This book describes a lot of striking formal resemblances the genetic code and the linguistic code hold in common. The book aims to reconcile generative grammar with cognitive semiotics showing that both of them constitute instances of embodiment.