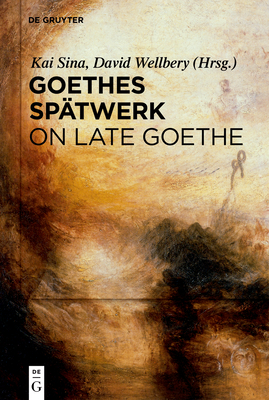 Because the category of 'late style' is extremely common in literary studies, it is often used uncritically. This is indicated by the simple fact that the relevant reference books have no entries on the concept. This volume aims to delineate the phenomenon of late style as sharply as possible. Its contributions (in English and German) go beyond the widespread use of the term as a biographical or epochal benchmark in order to determine the aesthetic and functional principles that govern its application. In this connection, Goethe's work provides an outstanding field for theoretical exploration. This is not only because Goethe's work was essential for the emergence of a discourse of 'late style' in the early twentieth century. On the contrary, research on Goethe's late style continues to be a desideratum: Although scholars have examined the motifs, themes, and topics of most of Goethe's later works throughout the last sixty years, the question of lateness as a literary characteristic has rarely been raised. Thus, the volume provides a problem-oriented contribution both to Goethe philology and to literary criticism in general.