Chaos from the Ancient World to Early Modernity: Formations of the Formless (Hardcover) 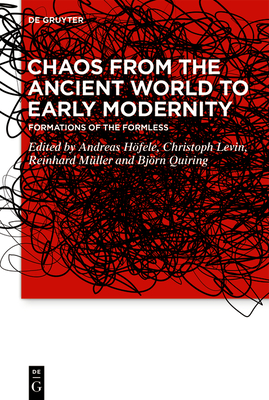 Chaos from the Ancient World to Early Modernity: Formations of the Formless (Hardcover)

Chaos is a perennial source of fear and fascination. The original formless void (tohu-wa-bohu) mentioned in the book of Genesis, chaos precedes the created world: a state of anarchy before the establishment of cosmic order. But chaos has frequently also been conceived of as a force that persists in the cosmos and in society and threatens to undo them both.

From the cultures of the ancient Near East and the Old Testament to early modernity, notions of the divine have included the power to check and contain as well as to unleash chaos as a sanction for the violation of social and ethical norms. Yet chaos has also been construed as a necessary supplement to order, a region of pure potentiality at the base of reality that provides the raw material of creation or even constitutes a kind of alternative order itself. As such, it generates its own peculiar 'formations of the formless'.

Focusing on the connection between the cosmic and the political, this volume traces the continuities and re-conceptualizations of chaos from the ancient Near East to early modern Europe across a variety of cultures, discourses and texts. One of the questions it poses is how these pre-modern 'chaos theories' have survived into and reverberate in our own time.