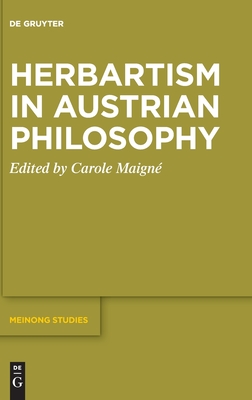 By No Contributor (Other)

Herbartism in Austrian-Hungarian philosophy is often an obligatory reference, but even if quoting Herbart and his school is frequent, reading them attentively is less evident. Because Herbartism reached its peak in the second half of the 19th century, and was effectively institutionalized as official philosophy of the Austro-Hungarian Empire, at least in Prague and Vienna, criticizing Herbartism often means discussing the Austrian, philosophical and institutional criteria of the object under consideration. As the history of the Austrian tradition and theoretical reflections in this field expand, discussion of this tradition is becoming more and more tight and precise. The contributors in this volume recall the historical and conceptual importance of Herbartism in the field of Austrian philosophy, by addressing several aspects of his specific realism: philosophical, theoretical, pedagogical, psychological, and aesthetical.