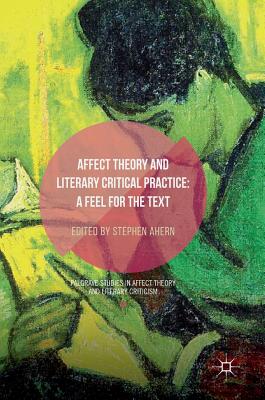 Affect Theory and Literary Critical Practice develops new approaches to reading literature that are informed by the insights of scholars working in affect studies across many disciplines, with essays that consider works of fiction, drama, poetry and memoir ranging from the medieval to the postmodern. While building readings of representative texts, contributors reflect on the value of affect theory to literary critical practice, asking: what explanatory power is affect theory affording me here as a critic? what can the insights of the theory help me do with a text? Contributors work to incorporate lines of theory not always read together, accounting for the affective intensities that circulate through texts and readers and tracing the operations of affectively charged social scripts. Drawing variously on queer, feminist and critical race theory and informed by ecocritical and new materialist sensibilities, essays in the volume share a critical practice founded in an ethics of relation and contribute to an emerging postcritical moment.

Stephen Ahern is Professor of English at Acadia University in Nova Scotia, Canada. His work on affect and the cultural politics of emotion includes two recent books: Affect and Abolition in the Anglo-Atlantic, 1770-1830 (ed.)(2013) and Affected Sensibilities: Romantic Excess and the Genealogy of the Novel, 1680-1810 (2007).