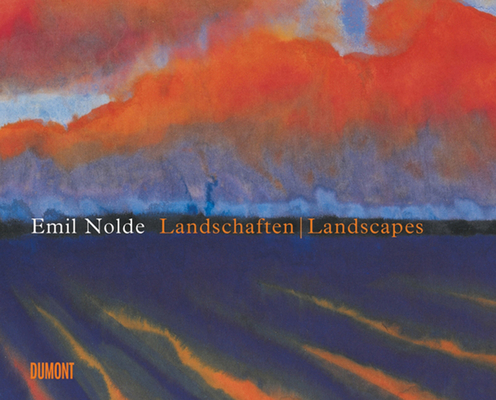 
This title is likely unavailable. Email or call for price and availability.
The austere north German landscape--its flat horizons and soaring, dramatic skies crowded with dark clouds--played a central role in the work and imaginary of Emil Nolde (1867-1956). Growing up near the North Sea in the German-Danish border region, Nolde observed the meeting of sky, land and water in vast, unbroken stretches. "The landscape of my youth was like a fairytale to me," he wrote. "My parental home in the flat country, the skylarks swooping joyfully through the air above, my wonderland from sea to sea..." Years after he had left his native region, these brooding landscapes continued to appear in his work, their simplified shapes rendered in Nolde's characteristic brilliant color palette and depicted from extreme distances. Emil Nolde: Landscapes collects 30 of Nolde's watercolor landscapes made around 1918, many previously unpublished, in a small, gift-book format.