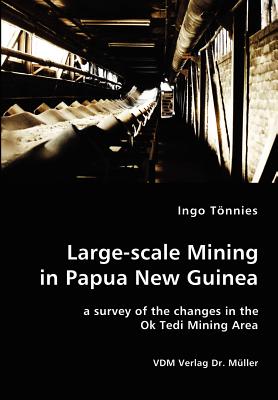 
Available in Warehouse. Wait for Email Confirmation for ETA
This book cannot be returned, cancelled, or exchanged. Please call for availability and pricing
In the 1970s and 1980s, Papua New Guinea used to be a good spot for in-ves-ting in the mineral sector. This situation, however, changed. Especially since the Bougainville crisis - rooted in conflicts produced by a large-scale mining operation - became one of the most difficult and protracted problems in the state's short history. It is quite clear that resource extraction brings profound changes, when it is carried out in a former intact environment. But what are the changes that happen when a large-scale mining operation starts? And are these changes able to produce different kinds of conflicts? This monograph should present a discussion of the changes that such large-scale mining ope-rations entail for local rural communities in Papua New Guinea. For this rea-son, three different peoples from the Ok Tedi mining area are compared in the second half of this book. Thereby, the focus lies on the reactions of the local people to those changes and the conflicts that may result. This book is addressed to people who have a general interested in the pos-si-ble consequences caused by large-scale mining operations in rural areas and the outcomes for the local population.