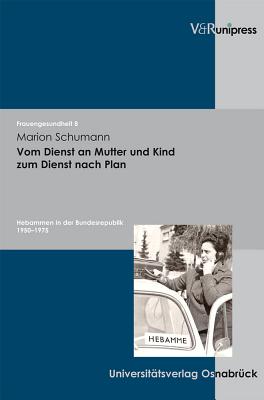 
This title is likely unavailable. Email or call for price and availability.
The trend toward giving birth to children in hospitals that arose in the 1950s and 1960s in Germany led to the nearly complete disappearance of home births. This in turn changed the role of the midwife, who became part of the professionalized obstetrics of the clinic, parallel to the introduction of technology in the delivery room and the reign of precautionary measures and advanced planning in childbirth. At the same time, the demands put on pregnant and child-bearing women were changing. This moderization trend was accompanied by decisions in health politics that turned the formerly independent status of midwives into one of being only an assistant in the delivery room. At that time, midwives were excluded from all preventive measures. In the early 1970s, however, the profession underwent a major change caused by social necessities that led to midwives assuming more duties outside the clinic. German text.