Ifriqiya: Thirteen Centuries of Art and Architecture in Tunisia (Islamic Art in the Mediterranean) (Paperback) 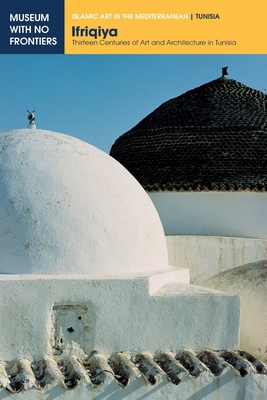 Ifriqiya: Thirteen Centuries of Art and Architecture in Tunisia (Islamic Art in the Mediterranean) (Paperback)

Ifriqiya: Thirteen Centuries of Art and Architecture in Tunisia is a voyage through the history of the Islamic architecture of the Maghreb, to uncover a millenary civilisation that made works of art of its most important spaces. The great Islamic dynasties - Abbasids, Aghlabids, Fatimids, Zirids, Almohads, Hafsids, Ottomans - and Islamic religious schools and movements left the mark of their artistic expression over the centuries. Islamic art in Tunisia is a cultural crossroad, widely influenced by local artistic customs, by Andalusian and eastern architectural and decorative elements, by Arab, Roman and Berber traditions and by the variety of its natural landscape.

Note: the eBook includes an index of locations.

Search for other titles in this series available in English with 'Islamic art in the Mediterranean + MWNF' (ten titles).