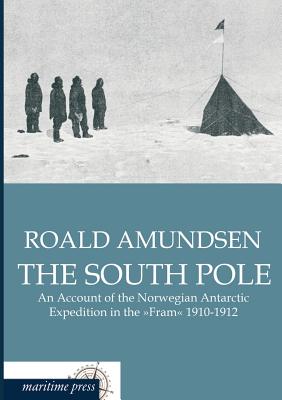 
Available in Warehouse. Wait for Email Confirmation for ETA
This book cannot be returned, cancelled, or exchanged. Please call for availability and pricing
One hundred years ago Roald Amundsen and four fellow Norwegian explorers captured the geographical South Pole. The existence of the pole had been known before, but Amundsen and his combatants were the first humans who had the courage to undertake the dangerous voyage through ice and snow. They reached the pole a one month before Amundsen's great rival Robert Falcon Scott. The eventful and fascinating journey is described by Amundsen himself in his account The South Pole, published shortly after his return. Roald Amundsen, born in 1872 near Oslo, was one of the most successful polar explorers. Already at the age of seventeen he became part of Adrien de Gerlache's Belgica Expedition. Between 1903 and 1906 he was the first to travel the Nortwest Passage. On Nansen's famous ship Fram Amundsen undertook a dangerous expedition to the Antarctic where he captured the geographical South Pole. He died in 1928 during a flight to save the Italian explorer Umberto Nobile.