Non-Human Contact: After The Pentagon's UFO Disclosure. What Do We Know? (Paperback) 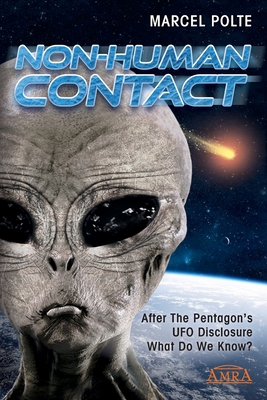 Non-Human Contact: After The Pentagon's UFO Disclosure. What Do We Know? (Paperback)

Thousands of cases of alien abductions have already been investigated in the USA. The focus is always on gray figures with huge heads and large black slanted eyes, the so-called Grays.

Author MARCEL POLTE not only evaluates the results of more than forty years of intensive research in the field of ET contacts. He also examines the material of the U.S. intelligence services on remote viewing and highlights the connection between this psychic ability used by the U.S. military and the phenomenon of non-human intelligence. In doing so, he paints a clear picture of the Grays, their modus operandi as well as motives, and explains the phenomena that repeatedly occur during abductions, such as loss of time, gain of time, electromagnetic anomalies, unexplained marks on the body, and false pregnancies. NON-HUMAN CONTACT is the first book to also includes the results of German surveys on the abduction phenomenon. Comparing the American results with the German surveys reveals a clear pattern: the Grays are breeding a hybrid human-ET species. There is a genetic breeding program that has been going on for many decades, affecting thousands of people and often several generations of a family, and we can no longer remain silent about it ... Forewords by Kathleen Marden, Researcher, Author and International Lecturer, and Robert Fleischer, Founder of Exopolitics Germany With a doctorat in law, MARCEL POLTE has worked has worked for many years in international business law firms. He also studied the basics of theoretical and experimental physics and astrophysics, and works successfully as a non-medical practitioner for psychotherapy and hypnosis. As a member of the Research Committee of FREE of the research organization FREE, co-founded by Apollo astronaut Dr. Edgar Mitchell, he is involved a constant worldwide exchange with other scientists and researchers on the topic of aliens.