The South Pole: An Account of the Norwegian Antarctic Expedition 1910-1912 (Paperback) 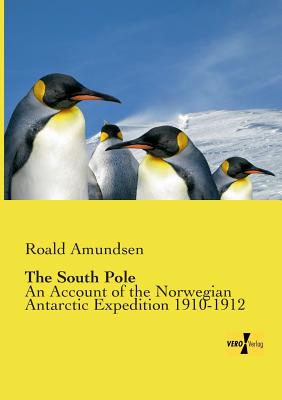 The South Pole: An Account of the Norwegian Antarctic Expedition 1910-1912 (Paperback)


Available in Warehouse. Wait for Email Confirmation for ETA
This book cannot be returned, cancelled, or exchanged. Please call for availability and pricing
Roald Amundsen, born in 1872 near Oslo / Norway, was one of the most famous and important polar explorers ever. His journeys to the Arctic and Antarctica brought great insights of science, after all, he was the first one shot through the Northwest Passage and reached both the geographic North Pole and South Pole. Researching the arctic parts of the world at that time belonged to the highest goals of the polar researchers, the achievement of these continents was fought like matches among them. After Robert Edwin Peary claimed to have reached the North Pole first, Amundsen decided almost simultaneously with Robert Falcon Scott for the expedition to the South Pole. On December 14, 1911 Amundsen was first to reach the South Pole ahead of his competitors. In this book all the details around the expedition to the South Pole are described.