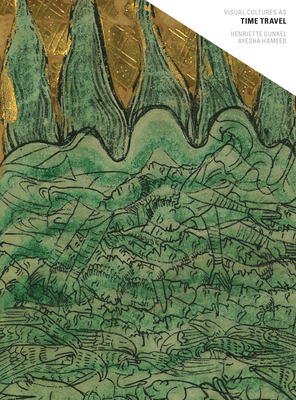 
Available in Warehouse. Wait for Email Confirmation for ETA
The notion of time travel marked by both possibility and loss: making the case for cultural research that is oriented toward the future.

Visual Cultures as Time Travel makes a case for cultural, aesthetic, and historical research that is oriented toward the future, not the past, actively constructing new categories of assembly that don't yet exist.

Ayesha Hameed considers the relationship between climate change and plantation economies, proposing a watery plantationocene that revolves around two islands: a former plantation in St. George's Parish in Barbados, and the port city of Port of Spain in Trinidad. It visits a marine research institute on a third island, Seili in Finland, to consider how notions of temporality and adaptation are produced in the climate emergency we face. Henriette Gunkel introduces the idea of time travel through notions of dizziness, freefall, and of being in vertigo as set out in Octavia Butler's novel Kindred and Kitso Lynn Lelliott's multimedia installation South Atlantic Hauntings, exploring what counts as technology, how it operates in relation to time, including deep space time, and how it interacts with the different types of bodies—human, machine, planetary, spectral, ancestral—that inhabit the terrestrial and extraterrestrial worlds.

In conversation, Hameed and Gunkel propose a notion of time travel marked by possibility and loss—in the aftermath of transatlantic slavery and in the moment of mass illegalized migration, of blackness and time, of wildfires and floods, of lost and co-opted futures, of deep geological time, and of falling.

Copublished with Goldsmiths, University of London

Ayesha Hameed is currently the Co-Programme Leader for the PhD in Visual Cultures at Goldsmiths, University of London.

Henriette Gunkel is Professor of Transformations of Audiovisual Media with special emphasis on gender and queer theory at the Institute for Media Studies, Ruhr University Bochum.