Saul Leiter: In My Room (Hardcover) 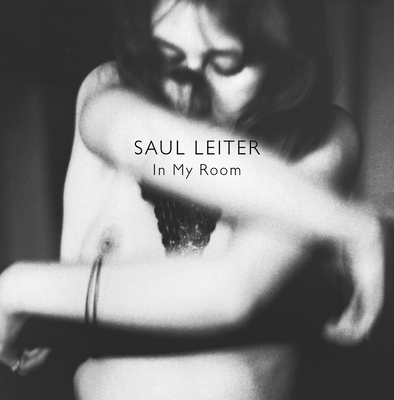 Saul Leiter: In My Room (Hardcover)

Leiter's painterly, ravishing, yet informal nudes from the 1940s to the 1970s

The fruit of fantastic recent discoveries from Saul Leiter's vast archive, In My Room provides an in-depth study of the nude, through intimate photographs of the women Leiter knew. Showing deeply personal interior spaces, often illuminated by the lush natural light of the artist's studio in New York City's East Village, these black-and-white images reveal a unique type of collaboration between Leiter and his subjects. In the 1970s Leiter planned to make a book of nudes, but the project was never realized in his lifetime. Now, we get a first-time look at this body of work, which was begun on Leiter's arrival in New York in 1946 and honed over the next two decades. Leiter, who was also a painter, allows abstract elements into the photographs and often shows the influence of his favorite artists, including Bonnard, Vuillard and Matisse. Leiter, who painted and took pictures prolifically up to his death, worked in relative obscurity until he entered his eighties. He preferred to be left alone, and resisted any type of explanation or analysis of his work. With In My Room, Leiter ushers viewers into his private world while retaining his strong sense of mystery.
Saul Leiter was born in Pittsburgh in 1923. In 1946 he moved to New York to become a painter, but was encouraged to pursue photography by the photographic experimentation and influence of his friend, the Abstract Expressionist Richard Pousette-Dart. Leiter subsequently enjoyed a successful career as a fashion photographer spanning three decades, and his images were published in magazines such as Esquire, Harper's Bazaar, Elle and British Vogue. His work is held in many prestigious private and public collections, including The Museum of Modern Art, New York, the Whitney Museum of American Art and the Victoria and Albert Museum. Leiter died in November 2013.