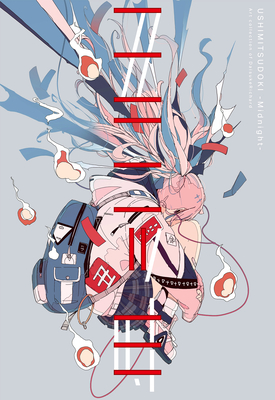 
Available in Warehouse. Wait for Email Confirmation for ETA
In the dead of night comes a long-awaited new book.
DaisukeRichard's first comic art collection book KIKANETSU (9784756251046) went viral not just in Japan but also internationally giving him a huge attention in the industry and leading him to do many new commercial works in collaboration with big companies and artists (e.g. book covers, album covers, character design for Netflix anime, a collaboration with Red Bull, solo exhibitions and many more). The title of this new book "USHIMITSUDOKI", meaning "in the dead of night" or "witching hour", was chosen because the many melancholic girls illustrated in this book were given wings and horns to make them look like Yokai spirits, adding a creepy feel to each of the illustrations (as in the cover art). Collecting over 140 illustrations, including original illustrations and commercial works, this book is the world's most anticipated book in the anime/manga illustration scene.