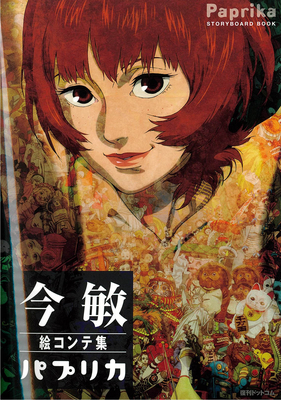 
This title is likely unavailable. Email or call for price and availability.
Satoshi Kon's high-quality masterpieces will always be sorely missed not only by Japanese but international anime film fans all over the world. This publication, long-awaited by Kon fans and cinephiles, contains all the storyboards and behind-the-scenes documents of the critically acclaimed animation movie, "Paprika." Papurika is a visually spectacular adaption of a science fiction novel intended not just for children or young generation. Its fragmental and fantastical images stunningly reproduce the Sci-Fi world of the novel originally written by the writer Yasutaka Tsutsui. The feature interviews with Kon and Tsutsui are also included, followed by the talk with the executive director of the production company, Madhouse. Kon was always recognized for his elaborate techniques; however, it can be said that he reached the height of virtuosity in this movie Paprika when comparing to his first movie, Perfect Blue. Originally, the Paprika storyboard was just the added bonus item included in the DVD set released in 2007. Having been given a new look this time as a complete storyboard, it will be the absolute textbook for film direction.