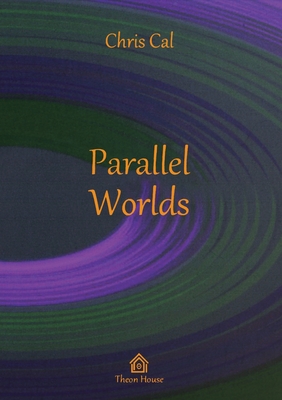 "Parallel Worlds" is the second book in the trilogy that describes how a dynamic meditation was created, which is the modern version of an ancient divination technique of the Incas.

A detailed account of the apprenticeship in soothsaying, which introduces us to the world of meditation, astral and dream projection, and an alternative view of the origin of the world and humankind.

Concepts, such as the dream body or the Gate of infinity that exists between our Triarch universe and other parallel universes, are fully understood by the initiated visualizer, but also by any reader, on a more theoretical level.

Parallel worlds with different time flow, angels, demons, and elemental spirits, treasure hunt in Peru near Lake Titicaca with lots of surprises, moving from Latin America to Switzerland, and multi-centenarian soothsayers who survive by traveling to parallel worlds.

A story with an austere narrative full of mystery and suspense sparks the reader's interest and leads them to the comprehension of the natural-supernatural connection.

"Killa, did you hear me?" I asked, wondering if she was sleeping.

I heard you, boy ... But I think about what to answer," she said, dragging the words like she was bored. "You see ... It's complicated. This melody comes from the future. It's the introduction of a rock song that will be created sixteen years later. Its title is: Nothing to know. I like its lyrics," Killa concluded, sighing.

"Sorry but I'm confused After you know its music and lyrics, you've already written it. Isn't it so?" I asked in surprise.

"But what?" I asked her, as a quiver penetrated my backbone. I was scared by the expression on her face as she stared at the river water.

"It's yours ..." she told me and looked at me with an indescribable expression of dedication, an entirely human ideal that the dogs usually have; rarely, and some people. Like the Inca multi-centenarian. I had a female friend for the first time in my life. I was sure of the way that they warmed my soul, the charcoals that she had in place of her eyes. ]