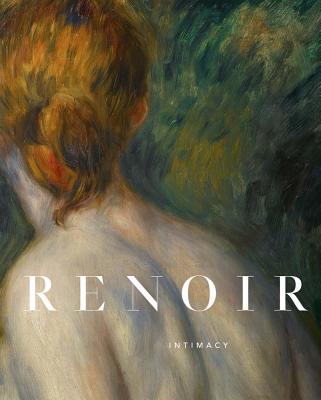 The filmmaker Jean Renoir, son of Impressionist painter Pierre-Auguste Renoir, described how his father "looked at flowers, women and clouds in the sky as other men touch and caress." Impressionism is generally conceived of as purely visual, an optical exploration of light-dappled surfaces and shifting colors. Renoir: Intimacy instead focuses on the central role of tactile sensations in Renoir's canvases.

In all the different phases of his long career, working in a variety of genres (including group scenes, portraits, nudes, still lifes and landscapes), Renoir powerfully evoked the sense of touch. Renoir: Intimacy reveals the ways Renoir made use of the tactile qualities of volume, material and texture as a vehicle to depict intimacy in its different forms--from social intimacy among family and friends, to the erotic--and how that imagery is viscerally connected to the sensuality of the artist's brushstroke and the physical surfaces of his paintings. Published to accompany an exhibition at the Museo Thyssen-Bornemisza in Madrid, this gorgeous volume includes more than 75 works by the artist, loaned from museums and private collections worldwide.
Pierre-Auguste Renoir (1841-1919) was a founder of the style that became known as Impressionism, and one of its most prolific members. Described by Herbert Read as "the final representative of a tradition which runs directly from Rubens to Watteau," Renoir was a connoisseur and champion of feminine beauty. Surviving most of his contemporaries, Renoir lived to see his paintings hung at the Louvre alongside the old masters he so revered.