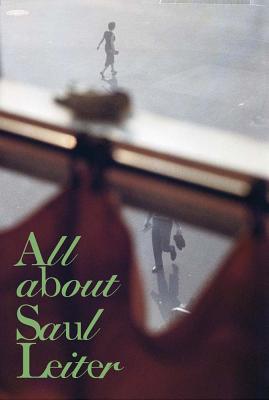 "The very best of Saul Leiter's work comes together as an almost novel-like stream of images, interspersed with poetic quotes by the man himself. I have never seen his work so delicately and thoughtfully presented." -Todd Hido, Photo-eye

Photography lovers the world over are now embracing Saul Leiter, who has enjoyed a remarkable revival since fading into relative obscurity in the 1980s. In this gorgeously produced volume--the Japanese edition of which was selected by photographer Todd Hido as one of Photo-eye online bookstore's Best Books of 2017--some 200 works, from early street photographs and images for advertising to nudes and paintings, cover Leiter's career from the 1940s onward. These are accompanied by quotations from the artist himself that express his singular worldview.

Saul Leiter was born in Pittsburgh in 1923. He pioneered a painterly approach to color photography in the 1940s and produced covers for fashion magazines such as Vogue and Harper's Bazaar, before largely withdrawing from public attention in the 1980s. The publication of his first collection, Early Color, by Steidl in 2006, inspired an avid "rediscovery" that has since led to worldwide exhibitions and the release of a documentary, In No Great Hurry: 13 Lessons in Life with Saul Leiter (2014). He died in New York in 2013.