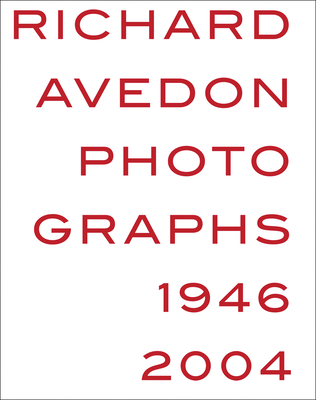 The first major retrospective devoted to Avedon since his death in 2004, spanning his oeuvre from fashion photography to portraiture to reportage

In August 2007 Denmark's renowned Louisiana Museum of Modern Art presented Richard Avedon: Photographs 1946-2004, the first major retrospective devoted to Avedon's work since his death in 2004. This beautifully produced catalogue, designed by the renowned Danish graphic designer Michael Jensen, features deluxe tritone printing and varnish on premium paper. It includes 125 reproductions of Avedon's greatest work from the entire range of his oeuvre--including fashion photographs, reportage and portraits--and spans from his early Italian subjects of the 1940s to his 2004 portrait of the Icelandic pop star Bj rk. It also features a small number of color images, including what must be one of the most famous photographic portraits of the twentieth century, Nastassja Kinski and the Serpent (1981). Texts by Jeffrey Fraenkel, Judith Thurman, Geoff Dyer, Christoph Ribbat, Rune Gade and curator Helle Crenzien offer a sophisticated and thorough composite view of Avedon's career.