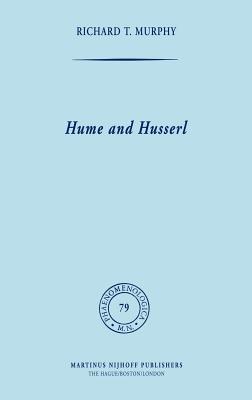 
Available in Warehouse. Wait for Email Confirmation for ETA
This book cannot be returned, cancelled, or exchanged. Please call for availability and pricing
To become fully aware of the original and radical character of his transcendental phenomenology Edmund Husserl must be located within the historical tradition of Western philosophy. Although he was not a historian of philosophy, Husserl's his- torical reflections convinced him that phenomenology is the necessary culmination of a centuries-old endeavor and the solution to the contemporary crisis in European science and European humanity itself.l This teleological viewpoint re- quires the commentator to consider the tradition of Western philosophy from Husserl's own perspective. Husserl maintained that the Cartesian tum to the "Cogito" represents the crucial breakthrough in the historical advance of Western thought toward philosophy as rigorous science. Hence 2 he concentrated almost exclusively on the modem era. Much has been written of Husserl's relationship to Descartes, Kant, and the neo-Kantians. His connections with Locke, Berkeley, and Hume have not been examined as closely despite his fre- quent allusions to these British empiricists. Among these thinkers David Hume gained from Husserl the more extensive considera tion. Commentators have pointed out correctly that Husserl always criticized unsparingly Hume's sheer empiricistic approach to the problem of cognition. Such an approach, in Husserl's view, can only result in the "naturalization of consciousness" from which stem that "psychologism" and "sensualism" which lead Hume inevitably into the contradictory impasse of solipsism 3 and skepticism.