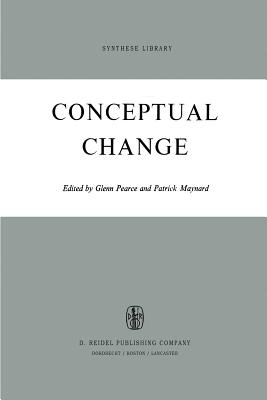 
Available in Warehouse. Wait for Email Confirmation for ETA
This book cannot be returned, cancelled, or exchanged. Please call for availability and pricing
During Hallowe'en of 1970, the Department of Philosophy of the Univer- sity of Western Ontario held its annual fall colloquium at London, On- tario. The general topic of the sessions that year was conceptual change. The thirteen papers composing this volume stem more or less directly from those meetings; six of them are printed here virtually as delivered, while the remaining seven were subsequently written by invitation. The programme of the colloquium was to have consisted of major papers delivered by Professors Wilfrid Sellars, Stephan Korner, Paul Ziff and Hilary Putnam, with shorter commentary thereupon by Professors Robert Binkley, Joseph Ullian, Jerry Fodor and Robert Barrett, respec- tively. And that is the way it happened, with one important exception: at the eleventh hour, Sellars and Binkley exchanged roles. This gave Binkley the rather unusual and challenging task of providing a suitable Sellarsian answer to a question not of his own asking - for Binkley's paper was written under Sellars' original title. Sellars' own contribution to the vo- lume is perhaps more nearly what he would have presented as main speaker than a direct response to Binkley. However, it has seemed best, on balance, to attempt no further stylistic accommodation of the one paper to the other; their mutual philosophical relevance will be evident in any case. The editors would here like to extend special thanks to both Sellars and Binkley for their extraordinary efforts under the circumstances.