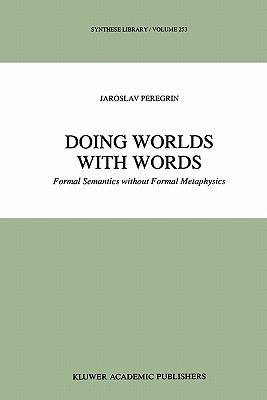 
Available in Warehouse. Wait for Email Confirmation for ETA
This book cannot be returned, cancelled, or exchanged. Please call for availability and pricing
Doing Worlds with Words throws light on the problem of meaning as the meeting point of linguistics, logic and philosophy, and critically assesses the possibilities and limitations of elucidating the nature of meaning by means of formal logic, model theory and model-theoretical semantics. The main thrust of the book is to show that it is misguided to understand model theory metaphysically and so to try to base formal semantics on something like formal metaphysics; rather, the book states that model theory and similar tools of the analysis of language should be understood as capturing the semantically relevant, especially inferential, structure of language. From this vantage point, the reader gains a new light on many of the traditional concepts and problems of logic and philosophy of language, such as meaning, reference, truth and the nature of formal logic.