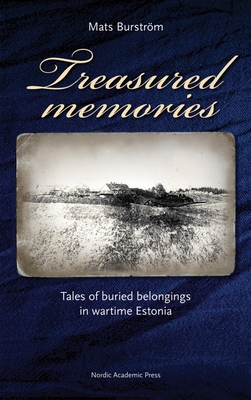 In the autumn of 1944, around 70,000 people fled Estonia in the face of the Red Army's advance; most of them believed the Soviet occupation would be short-lived and they would soon be able to return home. A comprehensive study of a common yet neglected phenomenon, this book tells the stories of the hoards of valuable belongings hidden by these Estonian escapees. The sheer variety of objects—including those that remain buried, those that vanished, and those that were recovered—touches upon all levels of history, from personal memories to high politics. In essence, this work of contemporary archaeology not only reflects upon the intimate relationship between material culture and memory, but also demonstrates how events on the world stage can shape the fate of individual families across generations.

Mats Burström is a professor of archaeology at Stockholm University and the author of World Crisis in Ruin. He conducts international fieldwork in the area of cultural heritage management, and has been instrumental in establishing the archaeology of the recent past as a field of research in Scandinavia.