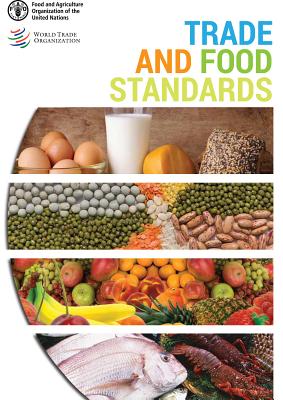 
This title is likely unavailable. Email or call for price and availability.
Food standards and trade go hand in hand in ensuring safe, nutritious and sufficient food for a growing world population. This publication looks at how the UN's Food and Agriculture Organization (FAO) and the WTO provide a framework to facilitate trade on the basis of internationally agreed food standards. "Trade in Food Standards" emphasizes the importance of governments engaging in the setting of international standards for food (through the FAO/WHO Codex Alimentarius Commission) and in resolving food trade concerns through the WTO's relevant committees: the Committee on Sanitary and Phytosanitary Measures and the Technical Barriers to Trade Committee. The publication also underlines the importance of helping developing countries comply with international food standards so that they can participate more effectively in food trade.
The General Agreement on Tariffs and Trade (GATT) was created in 1947 and operated almost five decades on a provisional basis until 1995 when the WTO was established. Its goal is to improve the welfare of peoples of its member countries, specifically by lowering trade barriers and providing a platform for the negotiation of trade. The organization deals with the rules of trade between nations at a global or near global level; it is responsible for negotiating and implementing new trade agreements and charged with policing Member Countries' adherence to all WTO agreements. In 2007 there were 150 Member States.