Future of United Nations in the 21st Century (Hardcover) 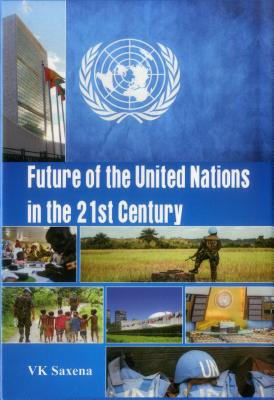 Future of United Nations in the 21st Century (Hardcover)


Available in Warehouse. Wait for Email Confirmation for ETA
This book cannot be returned, cancelled, or exchanged. Please call for availability and pricing
The book delves into the exciting world of the UN with an aim to try and perceive the future of this World Body in the tumultuous times of the 21st Century. With an analytical eye towards the future, the book researches the question, 'Whether the UN, in times to come, will get further marginalized and doomed to irrelevance or will it eventually be scaled up to a status of indispensability.' The thrust of the book is to bring out very useful inputs on how the UN, which reflected the main political concerns, threats, perceptions and the distribution of power of the World War II victors in 1945, must now re-position and re-align itself in the current framework of threats, challenges, aspirations, power plays, economics and the security perceptions of the new world pegging order of the 21st Century.
Lt Gen (Dr.) V K Saxena, VSM is a silver-gunner and the first ever winner of the Director General of Artillery Trophy for standing first on the Long Gunnery Staff Course. The General Officer is a 'Scholar Warrior' and a prolific writer on military subjects. He is also the author of the book The Amazing Growth and Journey of UAV's and Ballastic Missile Defence Capabilities- Where the Technology is Leading To? (2013). His articles have been published in professional magazines and journals like Indian Military Review, CLAWS, Scholar Warrior, Pinnacle, Journal of Defence Studies/IDSA.