Instincts of the Herd in Peace and War (Paperback) 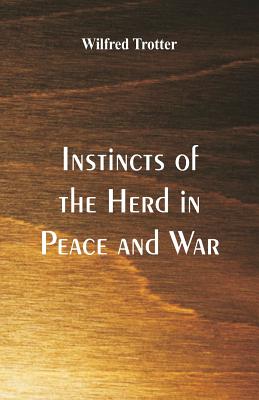 The book has been considered by academicians and scholars of great significance and value to literature. This forms a part of the knowledge base for future generations.Wilfred Batten Lewis Trotter (1872 - 1939) was a British surgeon, a pioneer in neurosurgery. He was also known for his studies on social psychology, most notably for his concept of the herd instinct, which he first outlined in two published papers in 1908, and later in his famous popular work Instincts of the Herd in Peace and War. Trotter argued that gregariousness was an instinct, and studied beehives, flocks of sheep and wolf packs.