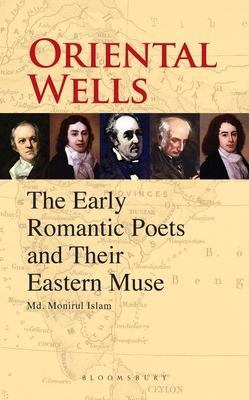 Oriental Wells explores the manifold ways in which the East was a major source of inspiration for the British Romantic poets, who generously borrowed from the Eastern sources in their effort to reinvent the British poetic tradition. It examines the "orientalization" of Romantic poetry, using works of William Blake, William Wordsworth, Samuel Taylor Coleridge, Robert Southey, and Walter Savage Landor.

Analyzing the Romantic poets' multifaceted engagement with the East, the book raises the questions:
- What led Blake to formulate his thesis that "All Religions Are One"?
- Why do Coleridge's poetry and the play Osorio echo some of the passages from Wilkins' translation of The Bhagvat-Geeta as well as other prominent Eastern religious texts?
- What made Southey write his "Hindu epic" The Curse of Kehama and his "Islamic" tale Thalaba, the Destroyer?
- What was the exact nature of the negotiations between William Jones' Orientalism and Wordsworth's poetics as formulated in the Preface to Lyrical Ballads, The Prelude, and other poems? The book convincingly argues that the introduction of "cultural goods" from the East played a crucial role in shaping the form and substance of British Romanticism, while acknowledging that the Romantics' reception of the East was tempered by their ideological concerns and religious background.
Md. Monirul Islam is Assistant Professor in the Department English, Presidency University, Kolkata, India. He is chiefly interested in studying British Romantics in the global context. He has been awarded the doctoral degree for his research on the Eastern connections of British Romanticism.