The European Border and Coast Guard: Addressing Migration and Asylum Challenges in the Mediterranean? (Paperback) 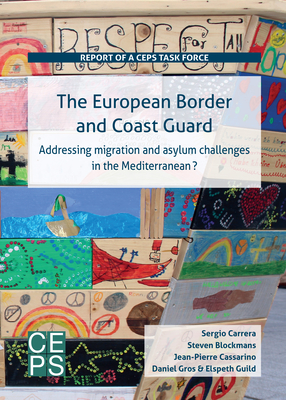 The European Border and Coast Guard: Addressing Migration and Asylum Challenges in the Mediterranean? (Paperback)

The humanitarian refugee crisis in Europe of 2015-2016 has revealed several unfinished elements and shortcomings in current EU policies and approaches to migration, asylum and borders, particularly those applying in southern EU maritime borders and frontier states in the Mediterranean. This book provides a critical examination of the main issues and lessons learned from this crisis and gives an up-to-date assessment of the main policy, legal and institutional responses that have been put in place at the EU level. It further examines the extent to which these responses can be expected to work under the current system of sharing responsibilities among EU member states in assessing asylum applications and ensuring a consistent implementation of EU legal standards that comply with the rule of law and fundamental rights. This report is based on original research and draws upon the existing literature, along with the discussions of a CEPS Task Force that met over six months, The rapporteurs offer specific recommendations and possible scenarios for policy optimisation and assess the extent to which the establishment of a European Border and Asylum Service (EBAS) could address the current gaps and challenges in EU and member states' migration policies.