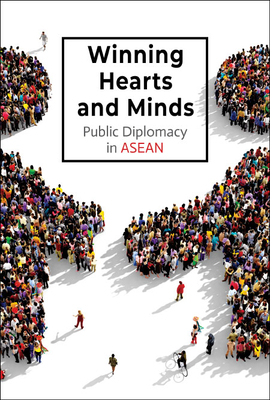 
Available in Warehouse. Wait for Email Confirmation for ETA
This book cannot be returned, cancelled, or exchanged. Please call for availability and pricing
When we think of diplomacy, we often envisage Heads of State at formal settings or official meetings. In reality though, everyone can play a positive role in diplomacy.Public diplomacy, also referred to as people diplomacy, is about building friendships and understanding between peoples of different countries. Traditionally meant to promote national interests and advance foreign policy goals, public diplomacy today has evolved to embrace both formal and informal efforts by non-governmental organisations and institutions to cultivate meaningful connections.Winning Hearts and Minds: Public Diplomacy in ASEAN explores how countries in the Association of Southeast Asian Nations (ASEAN) approach public diplomacy and the strategies that they employ to bridge gaps, enrich mutual understanding, and deepen relationships with the rest of the world.This book, launched in commemoration of the Singapore International Foundation's 30th anniversary, offers inspiring essays from 11 leading scholars, diplomats and distinguished figures in the region. They offer a glimpse into how historical developments have shaped the way each ASEAN country views public diplomacy, the motivations behind their global engagement efforts, and suggestions for the way forward.