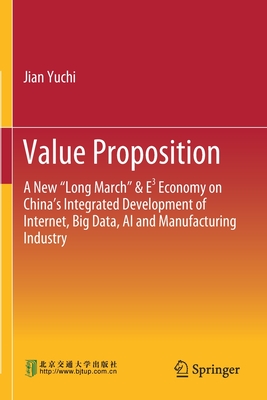 
Available in Warehouse. Wait for Email Confirmation for ETA
Chapter 1 Relationship among Computer, Software, Internet and Industries in Last Eight Decades: Industrial Revolution.- Chapter 2 the "Chemical Reaction" Derived from the Interaction between Internet and Economic Methodology.- Chapter 3 Interpretation of Germany's Industry 4.0 from the Perspective of Economy and Industry.- Chapter 4 the Significance of the American Third Industrial Revolution Based on Internet and Big Data.- Chapter 5 What Are Major Driving Forces to the US Manufacturing, Financial and Internet Industries.- Chapter 6 Discovering the Essence through the Phenomenon, What Great Changes have Taken Place in the Industrial Values.- Chapter 7 Critical moment for China's Economy and Industries.- Chapter 8 the Internet, Big Data, AI and E3 Economic Theory Are Driving Forces to the Transformation of the China's Economy.- Chapter 9 There Is A Great Journey Ahead to Initiate A New "Long March" of China's Internet Economy.- Chapter 10 A New Blueprint Is Fast Approaching with the Spring Breeze.

Mr.Yuchi Jian, Senior researcher, with the majors in computer, public administration and international trade laws. His book of Value Proposition in Chinese version is now one of the bestsellers with tens of thousands of fans in China. He has been invited to give speeches more than 80 times by the main industries, companies, universities, R&D institutions, industrial development zones & parks, government agencies and big "events" across China. He is more and more regarded as a new prominent economist in China facing to the new Internet and big data economy. The "e3" economic development theory he put forward is more and more accepted and widely welcomed, which has become a main leading force to the integrated development of China's Internet, industrial Internet, big data, AI and industries.