Region, Nation and Homeland: Valorization and Adaptation in the Moro and Cordillera Resistance Discourses (Paperback) 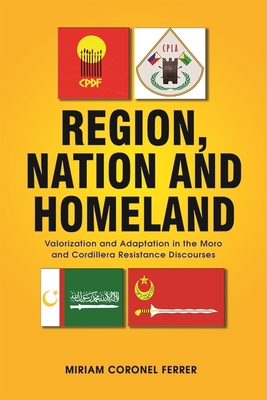 Region, Nation and Homeland: Valorization and Adaptation in the Moro and Cordillera Resistance Discourses (Paperback)


Available in Warehouse. Wait for Email Confirmation for ETA
This book cannot be returned, cancelled, or exchanged. Please call for availability and pricing
Movements tell stories of oppression and liberation. They critique the power relations that exist. They offer alternative visions of the homeland they hope to build. This volume looks at the Moro and Cordillera movements as told in their own words. Within and among these movement organizations in the Philippines, their constructed identities and claims for demanding the right to self-determination differed and evolved over time. The author shows the significant intertextuality in the discourse of the Moro Islamic Liberation Front, which broke away from the Moro National Liberation Front. She traces the drift to heightened ethnonationalism in the case of the Cordillera Peoples' Liberation Army when it split from the national democratic Cordillera People's Democratic Front. She reflects on where these mobilizations are now, and the strands of discourses that have remained salient in current times.
Miriam Coronel-Ferrer is Professor at the Department of Political Science, University of the Philippines.