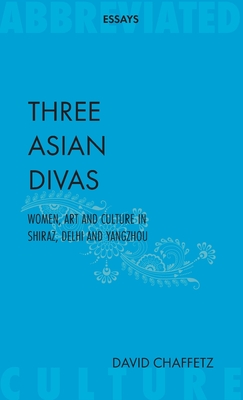 The diva is a nearly universal phenomenon.

Wherever poetry, music and mime have been practised with virtuosity, great women performers always take centre stage. Traditional Asian divas are however less well known and understood among English language readers than the great divas of Mozart and Puccini. Whether from Shiraz at the court of the Injuids, from Delhi during the twilight of the Moghuls, or from Yangzhou under the last Ming emperors, these Asian divas constitute the first identifiably modern women. Though practising classical and tradition-bound arts, they were economically independent, and were free to give or withhold love. Indeed, in many ways, they paved the way for the emergence of the modern woman in Asian societies.

The diva has left her own lasting legacy across the world. Her message, several centuries old and composed in a learned language, resounds as powerfully today as when first performed, while her art itself shines out far beyond the private salons of the literati, reaching round the world, from the still lively productions of Chinese and Western opera houses to the vibrancy of cinema screens in Bombay and Shanghai.