Zintgraff's Explorations in Bamenda, Adamawa and the Benue Lands 1889-1892 (Paperback) 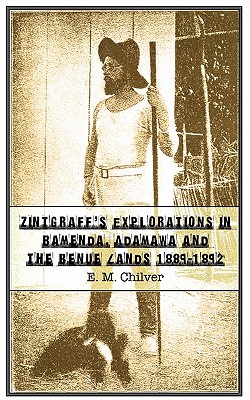 Zintgraff's Explorations in Bamenda, Adamawa and the Benue Lands 1889-1892 (Paperback)


Available in Warehouse. Wait for Email Confirmation for ETA
This book cannot be returned, cancelled, or exchanged. Please call for availability and pricing
The following pages, initially prepared for limited circulation in 1961, contain brief extracts and summaries of those parts of Eugen Zintgraff's book Nord-Kamerun (1895), of most interest concerning the colonial Bamenda and Wum Division. Zintgraff's book, the first by a European about the Grassfields, has not been translated and is hard to get second-hand. In using these notes the following points should be borne in mind: Zintgraff's knowledge of Bali (Mungaka) and Hausa was very slight, and his discussions of character, motives and political institutions are consequently superficial and open to criticisms. He had no means of checking what he was told, or thought he was told. He had no previous knowledge of any similar culture and no training in ethnographical method. He was, however, a good observer, and his descriptions of tools, dress, weapons and the like, can be regarded as fairly reliable. Finally, it must be remembered that Zintgraff wrote the book to justify his own actions and to support that small but influential section of public opinion in Germany which favoured rapid imperial expansion. A full account of the actions and motives of Zintgraff's opponents in the Kamerun Government and in the Colonial Bureau of the German Foreign Office has not been written: we only have one side of the story. But there are some suggestive points made in Rudin's Germans in the Cameroons and others referred to in these notes. What is perhaps most striking about Zintgraff's account is the fact that the people of the Western Grassfields were not so isolated from one another or their neighbours as might be thought. A network of trade-friendships covered the country and big men exchanged gifts over long distances. These links must be set beside the insecurity due to raids and slave-catching, and are well worth investigation.