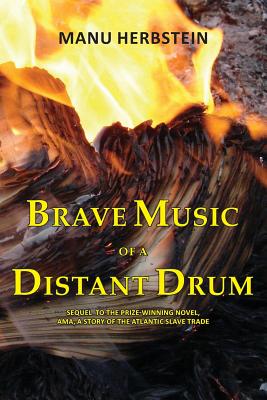 Ama is an enslaved African woman. In Brazil, old and ill, she is determined that the story of her life shall survive for future generations. Her story is one of violence and heartache, but also of courage, hope, determination, and ultimately, love. Since Ama is blind, she has to dictate to her long separated only son, Kwame Zumbi. Kwame - named Zacharias Williams by the white Christians who have raised him - considers her an ugly old pagan and has little interest in doing more than is necessary to fulfill his obligation to her. But the acts of hearing and writing down the details of his mother's story change him forever.

This novel is a sequel to Manu Herbstein's novel, Ama, a Story of the Atlantic Slave Trade, winner to the 2002 Commonwealth Writers Prize for the Best First Book.

An incredible story. Millions of Africans were kidnapped and sold into slavery across the Atlantic Ocean. For the descendants of those people, the repercussions are still reverberating today. The distant drum is still heard. This is a beautifully written, thought-provoking book about age-old questions involving man's inhumanity to man. Betty Kowall in The Waterloo Region Record.

A powerful tale. Readers will be moved as much by Ama's intelligence and unwavering sense of self respect as by her hideous experiences. KIRKUS Review