If I Can Give You That (Compact Disc) 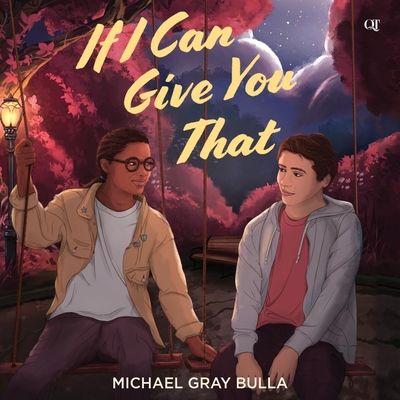 If I Can Give You That (Compact Disc)

For fans of Kacen Callender and Mason Deaver comes a heart-tugging coming-of-age YA debut that takes a poignant look at gender identity, sexuality, friendship, and family--both the one we're born into and the one we find for ourselves.

Seventeen-year-old Gael is used to keeping to himself. Though his best friend convinces him to attend a meeting of Plus, a support group for LGBTQIA+ teens, Gael doesn't plan on sharing much. Where would he even start?

Between supporting his mother through her bouts of depression, dealing with his estranged father, and navigating senior year as a transgender boy at a conservative Tennessean high school, his life is a lot to unload on strangers.

But after meeting easygoing Declan, Gael is welcomed into a new circle of friends who make him want to open up. As Gael's friendship with Declan develops into something more, he finds himself caught between his mother's worsening mental health and his father's attempts to reconnect.

After tragedy strikes, Gael must decide if he can risk letting the walls around his heart down and fully opening up to those who care for him.