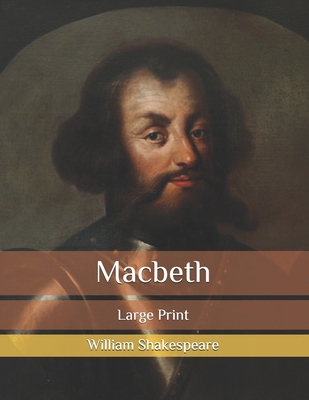 
This title is likely unavailable. Email or call for price and availability.
One of the great Shakespearean tragedies, Macbeth is a dark and bloody drama of ambition, murder, guilt, and revenge. Prompted by the prophecies of three mysterious witches and goaded by his ambitious wife, the Scottish thane Macbeth murders Duncan, King of Scotland, in order to succeed him on the throne. This foul deed soon entangles the conscience-stricken nobleman in a web of treachery, deceit, and more murders, which ultimately spells his doom. Set amid the gloomy castles and lonely heaths of medieval Scotland, Macbeth paints a striking dramatic portrait of a man of honor and integrity destroyed by a fatal character flaw and the tortures of a guilty imagination.Thunder and lightning. Enter three Witches First Witch When shall we three meet again In thunder, lightning, or in rain? Second Witch When the hurlyburly's done, When the battle's lost and won. Third Witch That will be ere the set of sun. First Witch Where the place? Second Witch Upon the heath. Third Witch There to meet with Macbeth. First Witch I come, Graymalkin.