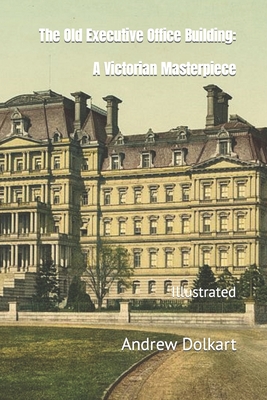 
Available in Warehouse. Wait for Email Confirmation for ETA
This book cannot be returned, cancelled, or exchanged. Please call for availability and pricing
Like Washington, D.C., the Old Executive Office Building OEOB] has gone through some changes. Designed by architect Alfred B. Mullett and constructed during 1871-1888 at a cost of about ten million dollars, it was first referred to as the State, War and Navy Building because it housed those offices of the Federal Government. At the turn of this century the structure was rededicated as the Dwight D. Eisenhower Executive Office Building EEOB]. It is no small curiosity that the building would be re-named for the 34th President of the United States, especially given the fact that it was almost demolished during his administration. Whatever its nomenclature, the building has had its detractors over time. The novelist Mark Twain called it the ugliest building in America. The historian Henry Adams likened it to an infant asylum. Harry S. Truman, 33rd President of the United States, called it a monstrosity. Nowadays, most Washingtonians just call it the EEOB. Now a National Historic Landmark and listed on the National Register of Historic Places, the EEOB has a storied history, in part due to the list of Presidents, Vice-Presidents and Secretaries of State, War and Navy who have occupied its offices. During major renovation and rehabilitation of the building in the 1980s, Andrew Dolkart produced this historical study of the OEOB for the Office of Administration. Dolkart's original work, printed in 1984 by the United States Government Printing Office, is reproduced here in an abridged edition with editorial and illustrative enhancements.