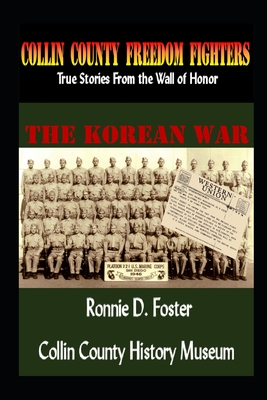 
Available in Warehouse. Wait for Email Confirmation for ETA
This book cannot be returned, cancelled, or exchanged. Please call for availability and pricing
In 1950 the army of communist North Korea, in a vicious and merciless attack, invaded the free Republic of South Korea, murdering everyone who got in their way, and the United States found itself in another war. With the war in Korea coming just about five years after the end of WWII, the world was not interested in hearing about more death and destruction. Partly due to apathy and the fact that most families were still trying to put their lives back together after the last war, the Korean War became known as the "Forgotten War". In one of the most bloody and savage campaigns in our history, our boys, although under trained, out armed and outnumbered at almost every battle, fought valiantly and courageously. Hundreds of young Collin County Freedom Fighters left their homes and families, donned the uniform and traveled halfway around the globe in the never-ending fight for freedom. Twenty-six boys didn't come home. These are their stories. "A soldier is not dead until he is forgotten.