An Enquiry Concerning the Principles of Morals (Paperback) 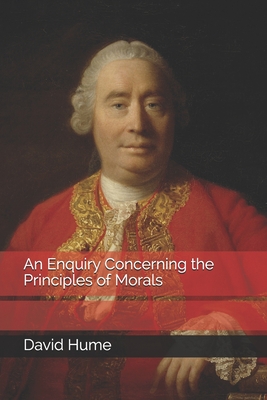 An Enquiry Concerning the Principles of Morals (Paperback)


Backordered - ETA Unknown
This book cannot be returned, cancelled, or exchanged. Please call for availability and pricing
Book ExcerptThese conclusions are so natural and obvious, that they have not escaped even the poets, in their descriptions of the felicity attending the golden age or the reign of Saturn. The seasons, in that first period of nature, were so temperate, if we credit these agreeable fictions, that there was no necessity for men to provide themselves with clothes and houses, as a security against the violence of heat and cold: The rivers flowed with wine and milk: The oaks yielded honey; and nature spontaneously produced her greatest delicacies. Nor were these the chief advantages of that happy age. Tempests were not alone removed from nature; but those more furious tempests were unknown to human breasts, which now cause such uproar, and engender such confusion. Avarice, ambition, cruelty, selfishness, were never heard of: Cordial affection, compassion, sympathy, were the only movements with which the mind was yet acquainted. Even the punctilious distinction of MINE and THINE was banished from among the happy race of mortals, and carried with it the very notion of property and obligation, justice and injustice.This POETICAL fiction of the GOLDEN AGE, is in some respects, of a piece with the PHILOSOPHICAL fiction of the STATE OF NATURE; only that the former is represented as the most charming and most peaceable condition, which can possibly be imagined; whereas the latter is painted out as a state of mutual war and violence, attended with the most extreme necessity. On the first origin of mankind, we are told, their ignorance and savage nature were so prevalent, that they could give no mutual trust, but must each depend upon himself and his own force or cunning for protection and security. No law was heard of: No rule of justice known: No distinction of property regarded: Power was the only measure of right; and a perpetual war of all against all was the result of men's untamed selfishness and barbarity.